ROAMING - HOW DOES IT WORK AND HOW TO USE IT SAFELY?

Since it is so easy to move around the world, one of the most important needs is to communicate with relatives and friends abroad. This is where roaming comes in.
You know this word well, but are wondering what exactly it means? Then you have come to the right place!
You will find the answers to your questions in this article. See more: https://inlookup.com

As you know, each network provider has a specific range, which in most cases is limited to the country of origin of the operator. So it's logical that travelling outside the coverage area will result in a loss of connectivity. This is when a roaming service comes in handy, which largely solves this problem. Thanks to the agreements that most network providers have with other providers abroad, your mobile phone will search for and connect to each of them, and you won't lose your connection. Using foreign providers under contract with your provider is called roaming. An interesting feature can be called domestic roaming, which involves using your provider's services within the range of another provider's network, which allows for better call efficiency. In this situation, there are no additional charges, you simply see the name of the other operator on your phone screen.
How do I activate roaming?
There are several ways to enable roaming. You can either contact your operator or change the settings yourself. In most cases this will be as follows:

Of course in both cases the way how to disable roaming will be analogous.

What is an international call?

What is the difference between roaming and international calls?

The terms roaming and international calling are often confused, but they actually have only one thing in common - the callers are in two different countries. However, there is a key difference between the two. With roaming you are using a foreign network to make a call, whereas with an international call you are calling a number that uses a foreign operator.
Let's explain this with an example:

Imagine you are on holiday in Tunisia and you want to call your parents to inform them of your imminent return. In this scenario, you are calling "home", which is the country where you have signed up with your operator. You are then using a roaming service.

Now imagine that it is your parents who are on holiday in Tunisia and you are calling them "from home". In this case you are using the international calling service. However, it is important to clarify here that if your parents are roaming while in Tunisia, the call will be counted as a normal call, but you will also be charged for just receiving the call (depending on the roaming policy of your operator). This is because you and your parents have signed up with a network operator in the same country.
Roaming in the EU
Since 2017, thanks to the Roaming Regulations introduced by the European Commission, EU residents can use their phones across the EU at no extra cost. This means that if your operator is located in one of the community countries, no matter which EU country you travel to, your calls and texts will be counted as domestic calls. However, there is a limit for using the Internet while roaming. The amount of this limit depends on your contract with the operator:

Regardless of your contract type, your provider can check your data usage for the last 4 months. Therefore, if you start using more GB while abroad, your provider may contact you and ask for an explanation within the next 14 days. In this case, if you continue roaming more than your contractual limit, your provider will charge you extra. The charges are a maximum of €0.03 per minute for voice calls, €0.01 per SMS and €3 per GB. 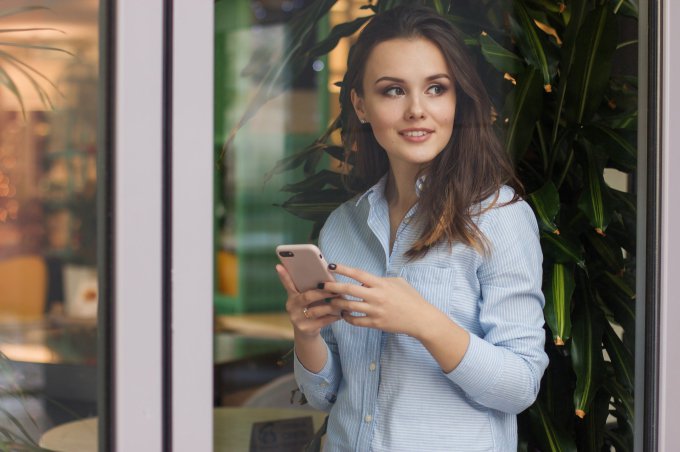 The above rules may change as of January 2022, when the EU Roaming Regulation expires.
However, remember that you must comply with the EU's Fair Usage Policy when using your phone throughout the EU. If you are going on holiday to Spain for a month, you have nothing to worry about. If, on the other hand, you spend several months abroad and actively use mobile services outside the country where the contract for the service was signed, the operator may charge you additional fees.

The issue of data roaming charges and data usage is particularly relevant not only for people who frequently travel abroad, e.g. on business trips, but also for cross-border workers - people who live near the border and commute to a neighbouring country for work. If you are in this situation, you can choose an operator in any country. If you connect to an operator in the country of your choice at least once a day, your usage will be counted as domestic usage, i.e. no roaming rules will apply. You will still be considered to be 'at home' and all charges will be billed at the domestic rate.
The impact of Brexit on EU roaming rules
As the UK is no longer part of the EU, these EU roaming rules no longer apply in the UK after January 2021. This means roaming billing dependent only on phone providers. However, there are some operators who have announced fixed offers and no changes in data roaming costs. What's more, some protection has also been established against the potential problem of overcharging for people who travel abroad from the UK whose phone contract was signed before the changes were introduced and they may not be aware of the new rules. The government has legislated that said customers who have used more than 80% of their data limit will be warned of the situation. A maximum limit has also been set for additional mobile data charges, which is £45. This means that if the user reaches this amount of surcharges, they should contact the operator to still be able to use the service.